Do your convention prep and Apicius 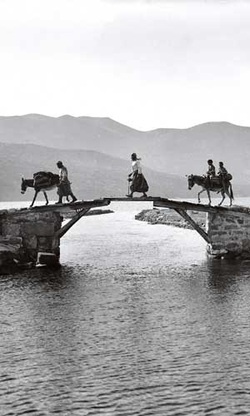 This curriculum isn’t something I’ve manufactured at all but, like Michelangelo’s slaves, have appeared from within.  (I just hope to whittle away the extra bits.)  Rome was founded as an asylum for thieves and convicts; she was given much of her early culture from the nymph Egeria and abducted Sabines.  The first literary feat of the Romans is a translation of Homer.  As Rome becomes hegemon of the larger Mediterranean, the role of Greek culture becomes ubiquitous and undeniably adopted, even by barefoot Tuscans.  Horace’s epistle notes that Graecia capta ferum victorem cepit, even by the first century.  As the Roman Empire expands the notions of Roman identity inevitably become more cosmopolitan, and being Roman doesn’t  mean that you are even from Rome let alone ‘ethnically’ Roman – a condition that didn’t truly ever exist (cf all those thieves and convicts from all over). Rome turns East.  Caracalla extends citizenship to all ‘Romans’ in the Empire in the third century, Diocletian establishes two capitals, then Constantine reestablishes central authority and founds a New Rome, his Nova Roma, literally founded on a Greek model.  The emperor Justinian is the last emperor to speak Latin as a native language, and from there the Roman Empire becomes even more Greek (especially from the point of view of the Western historians way after the fact.)

So you can see there’s lots to discuss.  What makes Romans Romans?  By the same reasoning we may well ask ourselves what makes us Americans?  When was the end of the classical world?  Is that world truly dead?

It just happens that the FPW trip this year is to Greece.  What a happy coincidence!  We will begin learning some demotic Greek and delivering projects on Minoan-Byzantine topics.  Following the trip, our translation focus will begin with Seneca's Latin versions of Attic drama for a look at the Hellenism prevalent in the Julio-Claudian period.  We will then have a quick module on Arcadia before the Christmas Exam.

In the New Year we will begin with Apuleius, the Roman citizen from Africa-cum-Greek novelist.  Then after a brief review for our NLEs, CLEs, and convention things we will wrap up with a module examining food and hunger in the first centuries and Roman cookery with Apicius.


FPW - Greece, or wherever

Rotation VI (15-23 October)Seneca and Euripides and our hero, Selections from Hercules Furens

Apicius – Roman Food and a banquet.  Who's hosting?  Anyone with room for a triclinium?